What Is Cardano (ADA)? Advantages of cardano.

What Is Cardano (ADA)?

Cardano is a blockchain platform that uses a special cryptocurrency called ADA to perform transactions. 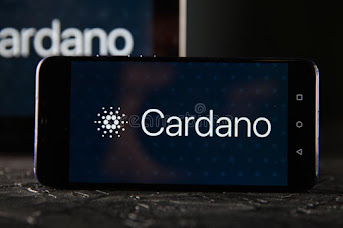 The Cardano platform can handle a wide range of transactions, but the ultimate goal is to create an ecosystem that allows for smooth interoperability between multiple blockchains.

Let's have a look at how Cardano (ADA) compares to the other main cryptocurrencies.

Cardano is a blockchain, and ADA is the Cardano network's currency. In some aspects, this is identical to ether and the Ethereum blockchain.
Consider Bitcoin to be Crypto 1.0. It's essentially digital gold, however, there are scalability concerns with the system. Then there's Ethereum, dubbed "Crypto 2.0" by some. 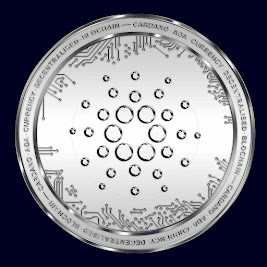 Cardano is a Crypto 3.0 project that was developed in 2017 to improve upon the capabilities that Ethereum lacked at the time.
Cardano was founded by Charles Hoskinson, who is also a co-founder of Ethereum. Due to a disagreement with co-founder Vitalik Buterin in 2014 on whether the Ethereum project should be commercial or not, Hoskinson fell out with the Ethereum team.
Hoskinson went on to create Cardano, a more scalable, interoperable, and long-lasting blockchain that aims to outperform Bitcoin and Ethereum.
Cardano's continued development is backed by the Cardano Foundation and the IOHK research institute, who engage in [resources and development] and peer review via a formal development methodology," according to Henrik Gebbing, co-CEO and co-founder of Fiona, a digital asset custodian.
One of the most serious criticisms levelled at Bitcoin and other popular cryptocurrencies are that their blockchain networks, which are based on proof of work consensus mechanisms, consume enormous amounts of energy. Cardano employs a proof-of-stake consensus mechanism, resulting in a more durable and scalable blockchain.

The Cardano platform's coin is called ADA. Cardano's currency is named for Ada Lovelace, the first computer programmer, who lived in the nineteenth century.
People pay transaction fees for using the network with ADA tokens. It's also offered to validators as a thank you for helping to manage the proof of stake system.

What Is Cardano and How Does It Work?

There must be a means to validate transactions on a blockchain network to ensure that the same coins are not spent twice. Because of the decentralisation, there is no central authority, such as a bank, to undertake the task.
Bitcoin and Ethereum 1.0 miners use proof of work consensus methods to run computers that solve complex mathematical equations and contribute new blocks of data to the blockchain in exchange for cryptocurrency. This takes a long time and consumes a lot of electricity.
Cardano employs staking, which entails network participants depositing a certain amount of cryptocurrency in exchange for the right to participate in the blockchain's operation.
"The [Cardano] procedure is meant to minimise energy consumption during the block production process," stated Hill Wealth Strategies president Daniel Hill.

How to buy Cardano?

Cardano's altcoin, ADA, is what you buy instead of the cryptocurrency itself. Sign up for an account with one of the major cryptocurrency exchanges to purchase ADA. The ADA can then be stored on the platform or in a crypto wallet.

Where to find and buy Cardano.

You may acquire ADA for the Cardano network from the most prominent cryptocurrency exchanges because it is one of the most popular cryptocurrencies. A handful of the largest exchanges that sell ADA include Binance, Coinbase, Gemini, and Kraken. Check out this review and comparison of the best crypto exchanges to help you find a good match.

• Cardano is environmentally friendly.
Much better for the environment Cardano is one of the greenest blockchain platforms available. Cardano is 1.6 million times more energy-efficient than bitcoin, according to Hoskinson in a Forbes interview from 2021.
• Transactions are completed more quickly. Cardano is also faster than Bitcoin or Ethereum 1.0, often known as Classic Ethereum, at processing transactions. Cardano can perform more than 250 transactions per second (TPS), compared to bitcoin's 4.6 TPS and Ethereum 1.0's 15 to 45 TPS. As a result, the Cardano network is extremely scalable. Ethereum 2.0, on the other hand, is an upgrade to the Ethereum network that addresses previous security and scalability issues.
• Peer-reviewed network.
Cardano's team collaborates closely with academics to produce peer-reviewed research that will help steer blockchain development. "Its open-source and peer-reviewed nature ensures its longevity and evolution beyond that of its parent organisation," stated Grabbing.

• Getting a leg over more established rivals. Cardano is attempting to produce a better version of the blockchain, although competitors such as Ethereum have a longer track record of use and developer adoption. Indeed, one of Ethereum 2.0's improvements is a proof-of-stake technique, which could neutralise a key Cardano advantage.
• It's possible that you'll have a hard time sticking out.
The bitcoin industry is becoming increasingly saturated, making it difficult to stand out. "It's not memorable," Hill explained, "and there are a lot of rivals in the same field." Dogecoin, for example, demonstrated how a cryptocurrency may skyrocket simply because of a viral meme, something that the more muted Cardano brand lacks.

How to use Cardano. 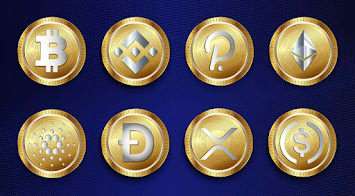 You can use ADA in the same way that you would any other cryptocurrency. You may keep it as an investment, utilise it to make purchases, or sell it. You can also use your ADA to pay for Cardano network transaction fees and staking to acquire more tokens. Pay careful which wallet you select if you wish to hold Cardano for a long time.
"The Daedalus wallet [full node] and the Yoroi wallet [light node] are the two official Cardano wallets. Both wallets allow users to stake their assets to earn additional Cardano and vote in Project Catalyst, a fund that awards ADA to Cardano initiatives," Gebbing explained.
Developers and institutions, according to Gebbing, can use the Cardano network for projects even if they don't use the ADA currency directly. "Perhaps the most remarkable is the Atala Prism initiative, which aims to issue digital IDs to pupils across Ethiopia, complete with verifiable academic performance data," he continued. Within the Cardano ecosystem, there are numerous Defi and non-fungible token (NFT) proposals. Sundaeswap (SUNDAE), a decentralised exchange, and Meld (MELD), a decentralised and trustless lending system, are two examples of these initiatives.

Should You Buy Cardano?

Cardano's supporters believe that, because of its creative and environmentally friendly system, it has the potential to become one of the most popular cryptocurrencies. Cardano has a lot of research and resources behind it, but it's still a high-risk investment.
"If you're thinking about investing in ADA, treat it as you would any other cryptocurrency." Only invest what you're willing to lose at this point, and don't expect tremendous rewards immediately," Hill said.
If you like the principles underlying Cardano, Gebbing suggests starting with tiny deposits.
"It's advisable to get experience as a user before investing in any blockchain's token," Gebbing said. "Experiment with a modest amount by trading between wallets, staking on the network, and using it to engage in governance."
Do your research. If you believe in the Cardano approach to blockchain technology, then it could be a solid addition to your cryptocurrency portfolio.
Source : Forbes.com