Fiat is Worthless: Charlie Munger, a millionaire investor and Warren Buffet's partner says FIAT currency is " Going to Zero" in his last interview. 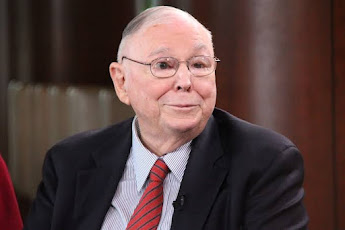 Charlie Munger, a millionaire investor and Warren Buffet's partner, has made several controversial remarks about fiat currencies and crypto-assets.

Berkshire Hathaway's 98-year-old vice chairman has predicted that fiat currency will "fall to zero" in the next hundred years.

The senior investor made the remarks in an interview with Yahoo! Finance, which MicroStrategy CEO Michael Saylor picked up and retweeted on Feb. 17. According to Saylor, Bitcoin has an answer to failed fiat currencies:

"Like many astute investors, he recognises the issue but is ignorant that we have devised a solution in the form of bitcoin."

Munger did not say the dollar by name, but it was clear that was what he meant. As the cost of living continues to rise, inflation in the United States has reached a four-decade high of 7.5per cent. This indicates that a dollar is worthless now than it was last year, the year before, and so on. This is largely due to the dilution of the supply caused by central bank money printing.

Saylor described it as a "major endorsement" for Bitcoin, but Munger, like his partner Buffett, is a cryptocurrency sceptic.

According to Reuters, Munger boasted about avoiding the "venereal sickness" of cryptocurrency, saying:

"I just think it's a waste of time." Some people believe it is modernity, and they welcome money that can be used for extortion, kidnappings, and other forms of tax evasion."

What he didn't mention is that cash is still the preferred currency for money laundering, extortion, and tax avoidance.

"Everybody needs to establish his own new money," Munger continued, "and I believe that's ridiculous also," he added.

"I wish it had been outlawed right away; I respect the Chinese for doing it; I believe they were correct, and we [the US] were wrong to allow it."